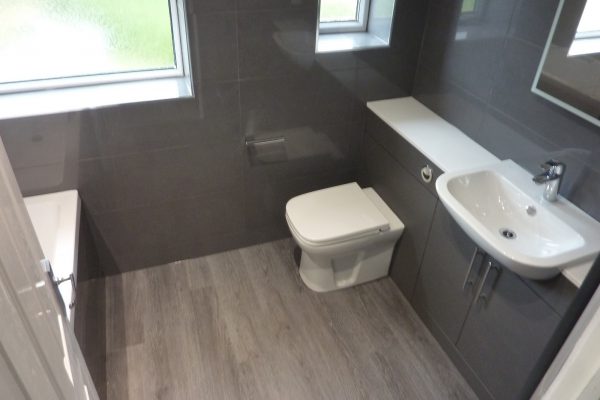 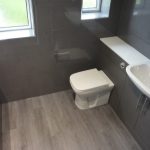 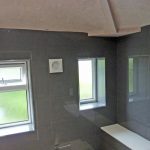 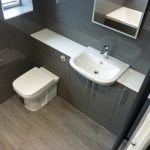 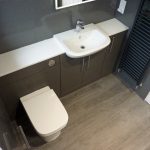 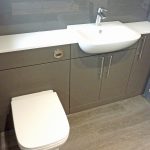 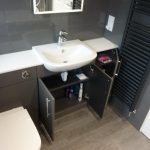 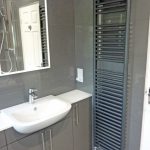 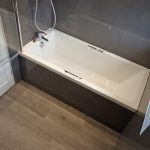 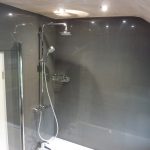 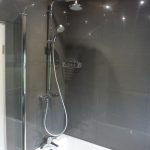 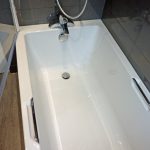 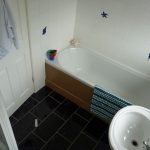 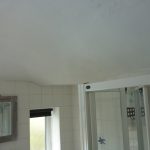 Our customers daughter had their bathroom completed by us and they chose also to use our services. The old room had a separate bath and shower but felt cramped and had minimal storage.


The ceiling of the old room was also a very poor finish with odd angles and wavy lines where it met the walls. We removed a large section of the ceiling to expose what the wavy ceiling was hiding. Our installers re-boarded the corner area exposing the old beams. Once re-plastered this left a neat finish to the ceiling which allowed for a better finished tiling line. We could have easily left the ceiling as it was, it wasn’t an easy task to sort – but making the best of the blank canvas of the room is something we will always do to give a professional finish.

The new room has bespoke vanity units with Quartz worktops.